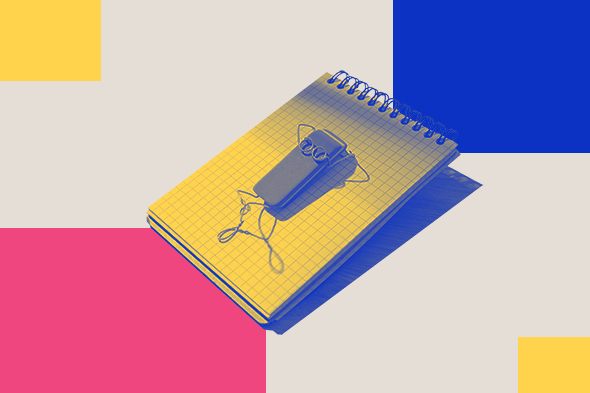 6 Types of Motion Graphics Animation You Need to Know About

Is motion graphics a type of graphic design?

In fact - it isn’t. Motion graphics are created by adding design elements to time and space to create a sense of movement. Some types of motion graphics are easier to create (e.g., kinetic typography), while others require specific skills (such as illustration).

What’s the difference between motion graphics and animation?

In a nutshell, motion graphics are a type of animation. The term “motion graphics” describes moving images. In contrast, animation can also include areas such as claymation (where 3D objects are animated).

Of course, there’s an overlap between the two terms. Usually, the main difference comes down to complexity. While motion graphic design usually involves animating simple design elements, animation involves storytelling and much longer and more complex sequences of moving graphics.

Since close to 80% of global internet traffic are videos, this is something you have to include in your marketing strategy. However, with all the different aspects (editing, lighting, sound, costume, etc.), professional recording equipment can be very expensive. So, most marketers these days resort to creating videos with motion graphics instead.

One of the simplest and most useful types of animation in motion graphics is kinetic (moving) typography. Have you ever watched a lyrics video on YouTube? Or watched an explainer video instead of just listening to it? Chances are kinetic typography was a part of those.

One study suggests that we retain information almost twice as long if it’s presented in visual and audio format together (as opposed to visuals or audio alone). So, animated typography is often a key component of any explainer video.

Nowadays, you don’t even need a motion graphics designer for this type of animation. Plenty of DIY designer software (such as Canva) allow you to create animated words and letters with just a few clicks.

As the name suggests, 2D animation adds movement to characters, elements, and backgrounds in a two-dimensional space. 2D animation usually refers to more complex projects (such as cartoons and longer animated videos) as opposed to “motion graphics,” which we will discuss below.

This is one of the types of motion graphics animation styles best suited for digital marketing since 2D animation can be as simple or as intricate as you want it to be (which isn’t the case with 3D animation). So, 2D animation can fit virtually any brand or business, from obvious choices such as children’s apparel to hospitals and even legal professionals.

Don’t believe me? Here’s an excellent example of an ad for people who wish to file claims with their insurance company. The animated characters help make this boring and, frankly, somewhat intimidating topic seem simple and accessible, which is the whole point of the ad. Ironically, the animated characters make the ad feel much more genuine than would be the case with stock photos/videos featuring real people.

What’s my super claim worth? from BluBlu Studios on Vimeo.

One of the more complex types of animation in motion graphics is 3D animation. Essentially, it works the same as 2D, with added depth, providing a more realistic environment and look of the objects/characters.

Since it’s more complex and expensive to produce, you won’t see these types of motion graphics all over the place. However, 3D animation doesn’t mean you have to create an entire world and setting (as is the case with popular animated films these days).

This terrific example from Toggle shows how adding 3D animation to a plain background can be very effective while still within a regular marketing budget.

Turn Your Team On to Productivity from Toggl Team on Vimeo.

Does it sound like a lot of work? It is. Making a mere second of this type of claymation animation can take professional filmmakers weeks. And yet, in digital marketing, there’s still a way to use stop motion animation animated graphics in a way that makes sense time- and budget-wise.

Using letters and simple shapes is perfect for this type of animation in motion graphics. It can make for a striking social media post or even a fun motion design element on your website!

This is definitely one of the most popular types of animation in motion graphics used for explainer videos. In whiteboard animation, you can see the illustrator physically drawing. Additional elements (such as an effect or background) are sometimes added subsequently to make the animation more interesting.

In theory, you would need an actual illustrator to create these types of motion graphics. However, there are software available nowadays that allows you to play around with templates to create whiteboard animation even without design knowledge.

Here’s a neat explainer video from the leading whiteboard animation software - Doodly. Of course, the downside of using these types of software is that your videos may lack a more custom look. However, for the purposes of teaching or explainer videos, they can be a great choice.

We’ve just talked about several different types of motion graphics, and now I’m mentioning “animation motion graphics” as a separate category. What’s up with that?

Although technically not a type of animation in its own right, the term motion graphics animation usually refers to animating simple design elements, such as text or shapes.

Unlike 2D and 3D animation, motion graphics usually focus on text rather than characters and settings. As such, in the world of digital marketing, this is the most common of the different types of animation in motion graphics.

Slack has a pretty illustrative example. Instead of complex characters and a storyline, they merely used motion graphics to accompany the spoken text. They don’t add any informational value but help illustrate the spoken message.

We hope you liked one or more of the different types of motion graphics styles. The truth is that creative motion graphics can be a tremendous addition to an array of marketing and advertising efforts, so it’s definitely something to keep in mind as you devise your strategy for 2023.

How Artwork and Label Management Tools Can Protect Your Brand Identity

Why You Should Stick to Design Principles for Market Success

15 Plumbing Logos for a Flood of Ideas

How Artwork and Label Management Tools Can Protect Your Brand Identity

Why You Should Stick to Design Principles for Market Success