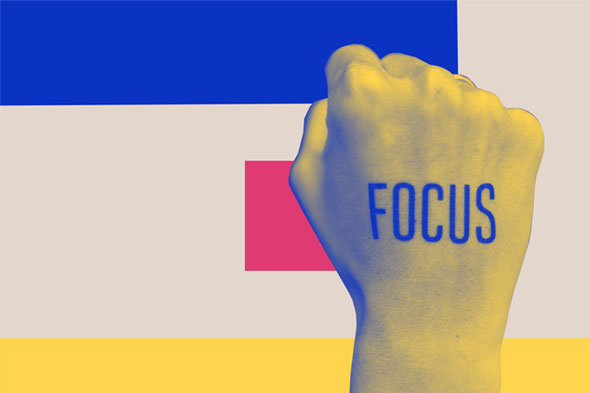 Dispelling the Myth: Why Outsourced Graphic Designers Can Be More Motivated Than Your Employees

Yes, we know: freelancers have a bad rap. They wake up late, live in their PJs (or, god forbid, their boxers!), and they do a little work in between drinking beer and smoking bongs. Or at least that’s what Hollywood has been telling us. So, has Hollywood been misrepresenting an entire work class for decades? And if not, are graphic designers also bundled with the rest of the freelancing loafers?

What is a graphic designer (really)?

The first thing a graphic designer is not is Aunt Shirley’s nephew that can “make such nice pictures on the computer”. Aunt Shirley doesn’t know the difference between clipart and text thrown together in Paint vs. high-res images done in Illustrator.

The second thing a graphic designer is not is someone who just did a 24-hour course via we-are-accredited-we-promise.com. Or someone who just binge-watched a bunch of YouTube tutorials ranging from 1990 CorelDRAW to 2000 Photoshop.

If you start pressing any of these individuals on graphic design basics such as graphic design elements and principles, they’ll probably gawk at you like Prince Eric when he watched Ariel brush her hair with the fork at the dinner table. That or they’ll try to dazzle you with bull ?&^#! and leave you with such poor quality designs that you’ll need to get it all redone by an actual pro.

The best way to answer the question as to “what is a graphic designer?” might be to answer the opposite. How do you spot the fake? These are some of the tell-tale signs to look out for:

They don’t know how to use fonts

There are certain fonts that are easy to use but that professional graphic designers avoid like the plague, such as Comic Sans and Papyrus. If you spot any of these – run! They don’t know how to use color

Experienced graphic designers will not use green and a four-leaf clover in your nursery logo. Any Conor, Saoirse, and O’Reilly will know that those are reserved for our yearly pub crawl during St. Patrick.

But real graphic designers will also know how to interpret a brief stating that your CI colors are various shades of green and that you want a plant element included. They will custom design a logo without it looking like you’re drunkenly out searching for a pot of gold (or rather green beer) every day of the week.

They use stock images as is

It’s one thing to know where to find stock images, but it’s quite another to know how to edit them and turn them into your own original designs. Either you’ll find that amateurs resize things in such a way that it loses their quality or the image becomes distorted. Inserting a stock image of a bird or hands shaking is also not graphic design.

Inserting random text or other images all willy-nilly without removing backgrounds etc., makes an already lousy design even worse. If your graphic designer is guilty of any of these, it’s time to start calling those references on their graphic design resume (and cross-referencing the names with their Facebook Friends).

If you still don’t know how to reverse image search, it’s probably a good time to learn how. You’ll be surprised to know how many “professional graphic designer” portfolios are compiled by searching Google images or “borrowing” their mate’s design. Inspiration does not constitute copy/pasting someone else’s work as your own!

No consideration is given to layout

Graphic design is not just about being creative and artistic and making pretty pictures with fancy, expensive software. If you don’t know and understand the basic design principles as well as the technical limitations and algorithms of the various platforms, you will never get the layout right.

How much do graphic designers make?

And if you’re a marketing agency, that should not be a problem. But if you’re a business that just needs the business basics and some marketing deliverables. Or you’re an agency that mainly aids in hybrid marketing strategy or copywriting. Then it would be a complete waste of precious resources to spend that kind of money on someone who gets briefed only once in a while.

The average freelance graphic design salary is $2000+ per project, while a permanent employee starts at $32 000 per month. Imagine being an agency offering graphic design services with a daily output of 2 client projects. You’ll be spending almost $80 000 on your freelancer! And what if you’re a business that just needs a couple of social media ad campaigns, a few flyers, and social media posts? Just those few briefs will already cost you over $8000!

So what’s a small business or start-up to do? Well, most are opting for more affordable graphic design solutions such as monthly subscription packages. These companies vet all their designers before hiring them permanently. And because of the wide variety of design skills, you’ll be hard-pressed to find a designer that can offer you all types of design like they can, such as logo design, UI/UX design, animation, etc.

Because their business model is based on wholesale, you’ll also not pay an arm and a leg like with a freelancer or an in-house designer. These companies also have in-house project managers and QC departments, which means someone else is already keeping their finger on the pulse of quality and output, so you don’t have to! Therefore, to answer the question of “how much do graphic designers make?” you first need to decide whether you’ll be opting for a freelancer, an in-house designer, or a subscription service. You’ll also need to establish what type of design you’ll be needing. And whether your chosen graphic designer will be able to supply you with high-quality graphics in that specific niche.

Learn how to work effectively with designers: from writing a brief to giving feedback and tracking work.

Is it really true that permanent employees are more motivated than outsourced graphic designers?

This is nothing more than a stereotype cooked up by writers. Even though designing is a creative process, professional designers don’t eat drugs with a side of breakfast to “get inspiration” and then lounge around all day waiting for the graphic design muses to show up. Just like your professional work title is not some mythical made-up creation, there is also something like a graphic designer job description.

This stigma surrounding freelancers is probably also what kept many companies from giving remote working opportunities to their employees. But when the global pandemic hit, they were forced to make some very sudden changes.

These changes all across the world have opened the doors to incredible new research. And many of these studies have completely dispelled the myth that outsourced designers are less motivated than permanent employees. The reasons may surprise you:

Designers (the honest ones, at least) heavily rely on their portfolios when pitching for a job. Portfolios are supposed to contain some of their best work since that is what people base their decision on whether to hire them or not. There is no way that an amateur or mediocre graphic designer can have an awe-inspiring collection of work. And the pro that’s trying to pass off low-quality designs as the real deal just to get the project out of their inbox as quickly as possible will also soon get eaten alive by the stiff portfolio competition.

No approval, no pay

Most freelancers work on a pay-per-project basis (whether the total is based on the project scope in general or made up of the number of hours allocated to complete the project). And in the majority of cases (especially if they’re working via a freelance platform), payment is only released upon the successful completion of the project. That means a big smile on a client’s face and their official stamp of approval.

If a designer tries to deliver shoddy work that doesn’t meet the criteria of the brief or the standards of the client, they just bought themselves a first-class ticket to Revisionville. And the more time spent on one project, the less the payment becomes in the bigger scheme of things (they can’t charge for time spent fixing their mistakes). And the less time they have available for new paying projects. Not delivering quality within the time specified hurts freelancers where they feel it the most – their pockets. If you ever thought word-of-mouth could damage a reputation, welcome to the digital age! The world has just gotten infinitely smaller with a mere six degrees of separation between us. Or so a Harvard study found when their research proved that all of us are connected by six or fewer social connections due to digital connecting the entire globe.

Freelancers, just like any other business, are open to public scrutiny. Whether they have a Facebook page, a website, they work via a freelance platform, or just have a Google Business listing, clients will be able to leave reviews for the entire world to see. And when last did you hire the person with the one-star review?

Complacency is a killer

Apparently, it’s not just in marriages where someone starts to “let themselves go” after saying “I do”. A recent study found that the average permanent employee is only really productive 3.3 hours of their 8-hour workday. That means that an employer is essentially paying them for nearly 5 hours of Facebooking, watching YouTube, and congregating near the water cooler. It seems like the real loafers are not in their PJs on the couch but at work in suits.

Recent studies showed that a staggering 85% of freelancers say that they are happier now than when they were working full-time. And did you know that your mood has a dramatic effect on your productivity? In fact, a new study by the University of Warwick proved that productivity increases by 12% when you are happy.

So, where do the real problems come in?

Well, where do we begin?

That is why so many individuals and companies are now opting for subscription-based graphic design service providers such as ManyPixels. They have thorough hiring practices and strict QC processes. Because of the wholesale approach of these business models, you can get high-quality images at a fraction of the price you’d pay a freelancer or a professional agency. 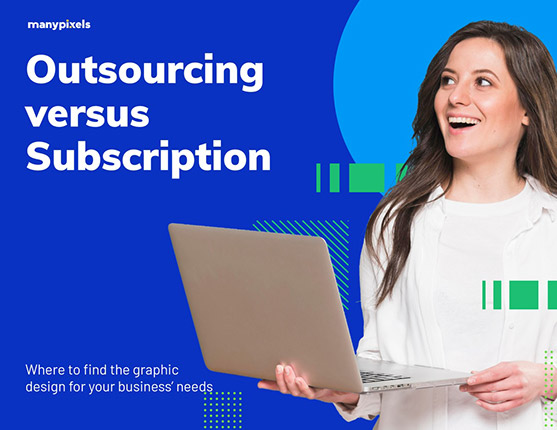 Find out how and where to outsource your graphic design needs

Download our guide to find a solution that suits your business

It’s very clear that outsourced designers are no less motivated than permanent employees. In fact, the proof would suggest it’s quite the opposite. But before you just start Googling “graphic designer near me,” it’s important that you educate yourself and opt for the service that will give you the best results and the most bang for your buck.

Simone is a writer, dividing her time between native Netherlands and 'home away from home' Malawi. Whenever not stringing words together, she's either on her yoga mat or exploring any off the beaten track she can find.

How to Integrate Marketing & Product Design

How to Integrate Marketing & Product Design