Learn the Difference Between UI and UX Design 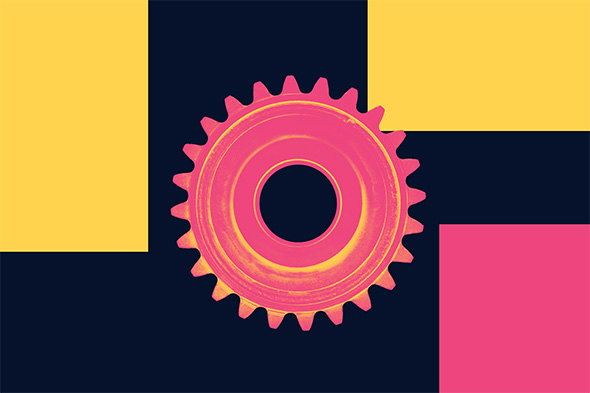 What Is UI Design and How Is It Different From UX?

Learn the basics of user interface (UI) design, how it differs from user experience (UX) design, and what a UI web designer exactly does.

UX design and UI design are the most important parts of the process of building user-centered design of websites, apps and other digital products. They are a crucial part of the creation of a product that is user friendly and helps target users to instinctively and easily use it.

Whereas UI design is more focused on the aesthetic experience of the product, UX design is more concerned with the product design itself. The thing they have in common is that both UX and UI design has a human-first approach: before looks and innovation, they try to solve the final user’s real problems. The idea of both UI and UX is to guide the user through the product and make them feel like they can use it instinctively.

Although these types of design are different, UI and UX design teams work closely together to deliver an inevitably intertwined final product.

UI is the older discipline out of the two, but it’s equally as confusing to many people, both inside and outside the IT industry. UI has its primary focus on the look and feel, as well as the presentation of the product, as well as how it can be interactive with the users.

To simplify: UI is what you see, whereas UX is how you feel while using, let’s say, an app.

People often think that graphic designers are the same as UI designers, but in truth, it is way different. UI is a tool for creating way more than colors, typography, buttons and other visual elements. It is a way to lead the user visually to have a better experience, while at the same time creating a visually pleasing look close to the branding image. Complimentary to how the design looks, UX takes care of the psychological part of using a product.

Why does a mug have a handle? Cause otherwise, you’d burn yourself. Why do hospitals have swing doors? Cause in a place where it is very possible to contract an infection, patients and doctors shouldn’t touch knobs.

UX design solves these problems too and does not simply apply to digital solutions.

The inventor of the term user experience design, Don Norman, explains it like this:

“User experience encompasses all aspects of the end-users interaction with the company, its services, and its products.”

So although in this definition UX design isn’t at all a digital profession, nowadays you’ll mainly see these professionals working on websites and apps. It has nothing to do with the visual design of things, but simply finds the best way to solve everyday issues and give the user the best experience possible. A UX designer is more a cognitive scientist than an interactive designer.

A UX designer, in short, creates wireframes, prototyping tools, tests the first product and iterates it. What does a UI designer do?

Now that we presented the difference between UX and UI and shortly described the responsibilities of a UX designer, let’s go deeper into the ones UI designers cover.

As with any other industry and profession, a UI designer must base their project on research, both of the product they are working on, and the audience it is created for.

For example, if the UX designer knows how the users will interact with an app and how much time they can spend waiting, let’s say, for a screen to load, the UI designer’s job would be to know how to design an interface that is aesthetically pleasing and interactive enough so that the user doesn’t exit the app.

They need to know a lot about hierarchy in design, color theory, typography, branding, interactivity and animation, as well as at least some theoretical knowledge about how their design is going to be developed.

It’s in the name, isn’t it? UI designers work on every visual element of a project, from the small buttons to whole screens, a single banner to whole information architecture.

These are some specific design tasks that a UI designer has regularly:

Although this is mostly the UX designer’s job, a UI designer also prototypes the interface. No matter how good a design looks, if it isn’t tested and proven that it performs well and aligns with the UX design, then it is all in vain. There are plenty of prototyping tools like Figma, Proto.io, Adobe XD, etc., where UI designers can test how their design actually feels and looks when implemented.

Communicating with the UX designers and developers

Last but not least, it is important to know that a large chunk of a UI designer’s work tasks go into communicating and collaborating closely with UX designers and finally, developers that need to “translate” the designs into a tangible, interactive product.

Learn how design can help you crush goals in SaaS business

Where can you get UI design done?

As with any other digital skill, there are plenty of ways online to find a UI designer or agency to help you with a project. Here are some of the best places to start:

What Kind of Cover Photo Should Your Google My Business Listing Have?

Everything You Should Know about the Fiverr Seller Levels

How to Become an Instagram Influencer in 2021: A Complete Guide

What Kind of Cover Photo Should Your Google My Business Listing Have?

Everything You Should Know about the Fiverr Seller Levels