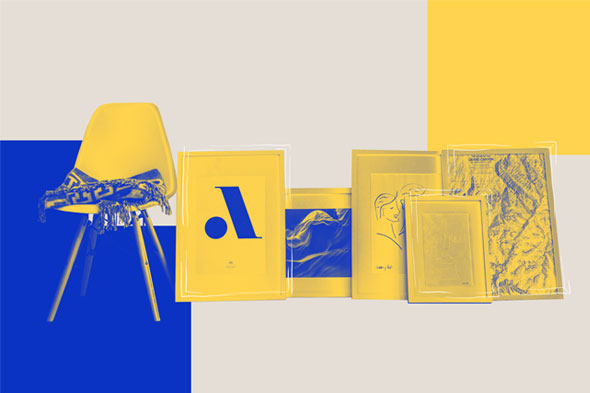 Print ads have always been one of the most creative and challenging advertising formats. They not only have to draw the attention of the audience and be memorable. They also must be entertaining and informative. Print advertisements have one shot to tell their dynamic stories with a very static format. That is why they always required a lot of skills and creative ideas from the creators. Print ads are still one of the biggest creative challenges and sources of inspiration for any designer or marketer. These 25 brilliantly clever print ads show that great ideas can go beyond the constraints of the format and can profoundly change our lives.

Over the centuries, advertising design evolved and changed together with the progress of technology and culture. From initial static newspaper and poster designs, we got to the era where there is no format that has not been used for advertising purposes. And even in our multimedia, digital world, print ads are still playing an especially important role in every marketing campaign.

From ads that forever changed our history and culture to print advertisements that break the format boundaries. These are some of the most brilliantly clever print adverts that are both memorable and inspiring.

Find out how to build a strong and unique brand

Download our guide to learn all about branding and visual identity

Ever since the first newspaper ad appeared in 1704, print advertising continuously evolved and changed. Until the invention of color printing, published advertisements relied heavily on copy and combining different fonts and font sizes to draw the readers’ attention. The invention of the “3 stone lithographic process” and full-color printing towards the end of the 19th century sparked a true creative revolution among poster and advertising designers.

Before De Beers and their campaign “Diamonds are forever” from 1947, it was relatively uncommon for people to propose with the engagement rings. After the great depression and World War II, very few people were buying gemstones. No one was interested in buying diamonds and luxurious products. Diamond cartel De Beers hired an advertising agency in New York to help them with their sales and make diamonds appealing to the rising middle class in the United States. The product of that collaboration was the campaign “Diamonds are forever” and positioning diamonds as the symbol of eternal love.

2. Give yourself a coffee break! – Pan American Coffee Bureau

Another campaign that forever changed our daily habits is the one created for the Pan American Coffee Bureau. The goal was to incorporate coffee as a staple drink, not just during breakfast but also during work hours. “Give yourself a 'Coffee-break’” quickly became a famous slogan, and coffee became one of the favorite forms of midday relaxation. It became so popular that the United Auto Workers union threatened to go on strike unless a coffee break was explicitly mentioned in their contracts.

For the past couple of years, more and more health specialists warn us that fruit juices are not as beneficial as previously believed. Still, when we think about a healthy breakfast, orange juice is among the first things that pop into our minds. In 1907 when the orange growers in California faced the overproduction problem, they sought help from the Lord & Thomas ad agency. The agency helped them rebrand as “Sunkist” and position orange juice as one of the essential and healthy groceries.

This is by far the best example of how a corporation took over a well-known, beloved character and turned it into a corporate mascot. Even though Santa existed before Coca-Cola ads, today, it is a common misconception that he was created for its advertising purposes. The first Coca-Cola ads with Santa Clause appeared in the 1930s. And until this day, red suite Santa is almost always associated with the sugary beverage.

Rosie the Riveter became famous beyond what the original campaign intended for. Initially, it was created to boost the morale of the female workers at Westinghouse Electric’s company during World War II. However, the poster and the character outlived their original purpose. During the 1970s and 1980s, this image became a symbol of female empowerment. Today it is both a pop-cultural reference and a feminist symbol that has been used for marketing and social campaigns throughout the world.

Magazine and newspaper sales might be in decline for the past two decades. However, they are still relevant and vital channels for advertisers. Unlike digital ads, which are perceived as overly pushy and aggressive, advertisements in magazines and newspapers are considered as their integral part. And when they are done right, they become something that people like to share and look over repeatedly.

This is one of the great examples of creative use of magazine format for the ads. The opening and closing pages transform the static image into a sports activity. The model in the ad starts doing crunches instead of just lying on the floor. Manufacturer of knives, Carulla used the space between newspaper columns to create a very impressive advertisement. There are plenty of creative uses of newspaper pages for advertising purposes. Belgian League of Alzheimer opted for a compelling campaign in the national newspapers to raise awareness about his disease. A simple image showed the consequences of Alzheimer’s on the patients’ everyday lives. KFC decided to rebrand its famous buckets and their logo after the company ran out of chicken. The rebranding was part of their PR campaign to apologize to their customers for leaving them without finger-lickin-good chicken. During the nuclear tensions between the United States and North Korea, JBL came up with a funny campaign for their new line of headphones with noise-canceling functionality. Volkswagen created this campaign to promote a new auto parking feature for their vehicles. Parallel parking has been a challenge for a lot of drivers around the world. Their ad shows a porcupine parked between two bags with goldfish. There is no better metaphor for their precision parking feature. 12. You eat what they eat – Sea Shepherd Conservation Society

Global pollution has a dramatic impact on the oceans and our food chain. Sea Shepherd Conservation Society launched the campaign “You eat what they eat” to raise awareness of this global problem. There is nothing worst than a blunt knife in the kitchen. To point out that their blades are as sharp as they can be, WMF created a “Sharper than you think campaign.” In order to alarm and inform the public about the rising problem of child obesity in France, their ministry of health launched a public campaign. They wanted to point out that the problem starts very early. Some things just go so well with ketchup. Heinz launched the campaign showing some dishes that obviously lacked the key ingredient.

Billboards have always been a graphic designer’s favorite playground. Even though they fall under print advertising, billboards do not have the usual constraints of the format. They allow the designers to experiment more and be more creative.

16. The Day After Tomorrow

Nothing chills better in the summer than a movie about the apocalypse caused by climate change. To promote the summer blockbuster “The Day After Tomorrow,” the designers created billboards that closely reflected the movie’s theme. McDonald’s placed these billboards on some locations in the United States as part of a promotional campaign for their breakfast menu. This huge billboard was placed on the floor of the shopping mall lobby. Those entering and walking on the ground floor were used to illustrate the problems dogs could have if not treated with Frontline spray. Contrary to what De Beers wants us to believe, diamonds are not that rare or expensive. Science World showed this by decorating their billboard with 9000 artificial diamonds. For the premiere of their new limited series, BBC decided to create the billboards that come alive at night.

Creative beyond the format

The format no longer limits print ads. Thanks to smartphones and tablets, advertisements in magazines and newspapers can jump out of the pages and create a new immersive experience. Augmented reality allows you to see the advertised items in action right in your living room. And a simple pizza box can become a true entertainment center.

These ads show that print and digital are not mutually exclusive. Great designs and concepts can make seemingly outdated formats fresh and exciting.

Instead of sending journalists, DJs, and radio networks the latest CDs, Kontor Records opted for a unique approach. They sent actual vinyl records and virtual turntables via mail. All the recipients needed to do is scan the QR code, place the vinyl record on the printed turntable and use their cellphones to play the music.

Peugeot decided to create airbag ads to emphasize safety as one of the greatest benefits of their new car. For this ad campaign that they ran in Brazil, they produced 50,000 tiny airbags and placed them in magazines. To prevent airbags from activating by accident, each magazine issue was packed in a special box.

To promote their new, improved line of sunscreen products, NIVEA Brazil launched a campaign that let people enjoy the sun as much as they wanted. They incorporated solar panels into their ads, so the people could charge their phones while enjoying their time at the beach.

IKEA came up with a unique advertisement that genuinely had the potential to change someone’s life. The Swedish furniture company created pregnancy tests in the form of flyers. If the results came positive, the flyer could be used for a 50 percent discount for a new crib. Pizza Hut Hong Kong created a special pizza box that turns any cell phone into an instant movie projector. Each pizza box also had a QR code that gave access to the free movies available to the customers.

Diplomat by education, marketer by profession. Currently living between Berlin and Skopje, still deciding where to settle permanently. Ghostwriter that is slowly crossing back into the land of the living writers. Always reading two books at the same time and follows at least 15 TV series. Used to dream about changing the world, now just patiently waits for the next Marvel movie.

How Does Good Product Design Impact Business Value (With Examples)