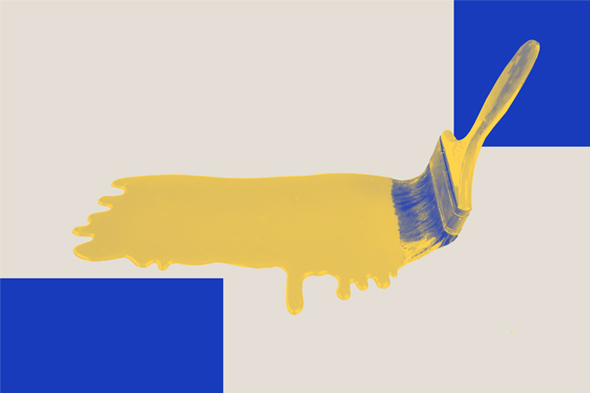 10 of the Most Iconic Ads in History

From classic print ads to recent social media gems, we’re recollecting the most well-known and creative advertising in history.

Throughout the evolution of advertising, the media, trends and attention span of viewers have greatly changed. An ad campaign nowadays looks a lot different than in the 50s, and the effects it has can be much greater due to ad targeting.

Still, some ads were so ahead of their time and so well-designed and creative that we still remember them, from catchy slogans to jingles stuck in our heads.

Here are some of them.

Coca-Cola: Did the holidays and Santa even exist before?

Some ads promote products. Others play the heartstrings and make you emotional even as a grownup. The “Holidays are coming” ads showing the Coca-Cola truck and chubby Santa sneaking up to have Coke instead of milk and cookies while leaving presents are so well ingrained in the memory of generations of children, that it’s hard to imagine the holiday seasons without these ads at this point.

They are so cute and remind us of childhood. A friend of mine once broke into tears when she saw a Coca-Cola truck in real life.

You would be surprised to learn that the jolly Santa we know and love has been around since 1931 when the first modern version of St Nick showed up in a Coke print ad. The design was by the artist Haddon Sundblom, who created a Santa that is taking a break from delivering gifts by enjoying a glass of Coke.

Almost a century later, this Santa has barely changed: his rosy cheeks and sweet, grandfatherly demeanor, red and white suit (fits the Coke colors huh?) and love for Coke are still there.

Uncle Sam: The most famous recruiter in history

Not all good ads come from corporations. Some are sponsored by the US government.

Such is the case of Uncle Sam, who first showed up on the iconic “I Want You” poster to motivate Americans to recruit in World War One, precisely in 1916 as the cover of the magazine Leslie’s Weekly.

This personification of the US Army proved to be a successful attempt, since it was sold in more than four million copies and revamped for WW2 by Franklin D Roosevelt.

And the fact that it is still popular in poster and even meme form, only speaks for its success and ability to withstand time. Whoever thought of this ad is an evil mastermind, because thanks to them hopeful grooms nowadays need a fortune to be able to propose. It is a generalization, of course, but in most Western countries a proposal is meant to be done with a diamond.

De Beers, a diamond mining and manufacturing company, couldn’t sell the precious stones in the 30s, a time ravaged by war and depression. The market wasn’t necessarily booming, so they hired the ad agency N. W. Ayer, to make diamonds relatable to the average American and repackage them in a way that seems affordable.

What did they do? Invented the diamond engagement ring.

Frances Gerety from the Ayer agency came up with the slogan “A diamond is forever”, and first ran an advertising campaign with it in 1947. The slogan resonated with people, who started seeing a diamond not as a symbol of luxury, but as a sign of eternal love and longevity. The slogan appeared in every ad by the company ever since. Volkswagen: It’s not all about the size

The German automobile manufacturer had a hard time penetrating the US market after the world wars, and Americans liked buying US-produced big cars. They didn’t like the “Beetle” for being small and German. And instead of trying to avert people’s opinions, they made the size of their car the ace in their sleeve.

This memorable ad created by the legendary advertising group at Doyle Dane & Bernbach (DDB) managed to change the perception of the product in the audience while using facts as their asset, all through using smart and thought-provoking graphic design paired with smart copywriting. The Marlboro Man: If a cowboy can smoke filter, so can you

When you think about Marlboro today, you immediately think of manly, strong cigarettes that have had ads featuring a cool cowboy for decades. But, that wasn’t always the case. In the 50s, they were deemed “ladies’ cigarettes”, because of their filter (which was introduced after the findings that cigarettes have negative effects on people’s health).

Get the ManyPixels Design Library 2022

Phillip Morris Co., the company that develops these cigarettes, had to find a way to reach the male demographic and introduced their rugged, free-spirited cowboy that smokes their filtered cigarettes in 1954. The character was developed by the Leo Burnett Worldwide agency and helped the tobacco giant rise from 5 billion to 20 billion dollars worth of sales in the course of two years.

However, they had to retire the character in 1998, after tobacco companies were banned from using cartoons and human personas to sell their products. Similar to Marlboro’s idea, Miller Lite wanted to show a manly man drinking their light alcohol beer in ads, to become relatable to guys and promote their otherwise ‘womanly’ product.

The difference is, though, that Miller built the light beer market from scratch. They knew what the presumptions would be, that it’s not manly to drink light beer and that it probably affects the taste of it negatively, so they had a head start and began advertising masculine models drinking their product. Dos Equis: Everyone wants to be the most interesting man in the world

“In a past life, he was himself.”, “When in Rome, they do as he does”, “He gave his father a talk”… It’s only some of the iconic, brilliant copy that the people behind The Most Interesting Man in the World wrote for this meme-worthy commercial character.

The hyperbolized, manly, suave person that doesn’t always drink beer, but when he does it’s Dos Equis, is funny and effortlessly cool. So, it’s no wonder these ads have been raking millions of views since 2006.

He even became one of the earliest memes and is now an integral part of internet history.

In the George Orwell book “1984”, technology is just one other way to repress democracy and keep people in control. It is an imagination of a dystopian future, in which technology is mostly used for surveillance and brainwashing.

But, when 1984 really came, Apple Computers wanted to use this story and subvert it. They did so by showing an ad in which a heroine gives people freedom by presenting them the freedom that a personal computer can give them. Knowing what computers are capable of today, it is a tad bit ironic, but still, no one can deny the power of information, education and opportunities a PC can give you.

The epic ad was directed by none other than Ridley Scott and remains one of the most creative and iconic ads shown at the Super Bowl.

Call this a subjective pick (of a millennial with bizarre humor), but the Australian Metro Trains created an oddly cute and weird ad that educates people to be attentive and careful around trains. Otherwise, you might die in very dumb ways.

This catchy and amazingly animated ad shows people die from poking bears and getting their helmets off in outer space, and the final idea is to make sure they stay away from the borders of train platforms. It was later developed into an equally weird and educational game, and its viral potential made it one of the best things that premiered on YouTube.

Always: Girls can do everything and then some

If you are a girl that grew up before the Me Too era and deleting gender roles and assumptions (slowly but hopefully with success), hearing that you do something ‘like a girl’ was infuriating, hurtful and meant to think you are a less capable and inferior person.

And it is a phrase that is widely used: to say you can’t run fast, or kick strongly, or simply have any physical prowess. Always, a company that sells female sanitary products, took that narrative and asked both girls and boys what ‘running like a girl’ and many other things look like. Then, they asked the same question to younger girls that aren’t still molded by societal expectations and assumptions, showing that women simply stop fighting them because society tells them otherwise.

They asked viewers of this Super Bowl ad to use the hashtag #LikeAGirl and make it mean something good. The ad ends with a woman saying: ‘Why can’t ‘“run like a girl” also mean “win the race?”’. It reverberated with many women and is a staple of escaping the mold of portraying women in a stereotypical way in advertisements, which unfortunately still exists.

Quick Guide to the Best Colors for Business Cards

Quick Guide to the Best Colors for Business Cards