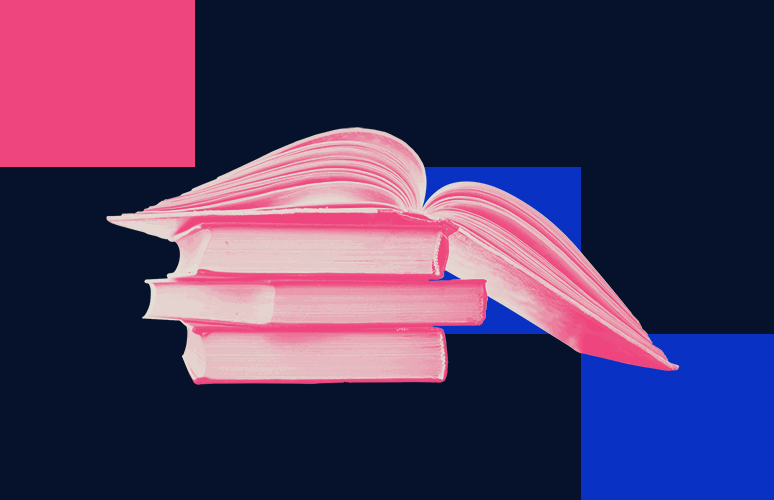 1. Minimalism for a modern approach
2. Collages for a striking and unique cover look
3. Creative use of typography
4. Illustrated book covers
5. Photography makes great cover art too
0%

You should never judge a book by its cover, but these 21 amazing examples will make that impossible. Check them out to find inspiration for your own cover design.

A book cover design might just be one page of an immersive and in-depth story, but it’s the first thing we see on a bookshelf. It’s the thing that is most appealing to the reader’s eye before they can read the book itself, and it’s important nonetheless. If you don’t believe that, these 23 of the best book covers will make you think otherwise.

Minimalism for a modern approach

Minimalism is very much in fashion, and applying it well can bring really creative book covers. Here are some bravely minimal book cover ideas.

1. Look Who’s Back by Timur Vermes

This hilarious satire that imagines Hitler stuck into contemporary liberalism and democracy, stumbling on every step through this comedy of errors, has a great book cover that sees the most authentic features of the main character - the hairdo and the mustache that’s also the title of the book. This great cover uses typography as its greatest ally to make a poignant point. By separating the dot from the “i” in “loneliness”, the cover designer portrayed isolation and alienation from the rest, which is exactly what loneliness is. “As Gregor Samsa awoke one morning from uneasy dreams he found himself transformed in his bed into a gigantic insect”. The first line from Metamorphosis is one of the most famous literary openings in history. And this version of the book’s cover reflects that story completely: one eye is of a human and the other of an insect. The visual is impactful and connected to the subject matter, making this contemporary rendition of a bestseller with a thousand editions look fresh and new. 4. The Unbearable Lightness of Being by Milan Kundera

This cover image looks almost childish, but anyone who has read the book knows that it’s a great cover. The dog Karenin is one of the core metaphors for the relationship between the main characters and symbolizes more than a pet. And the fact that it looks unfinished is also suitable for this novel, which is known for its abrupt skips in time and space and blank spaces left for the readers to fill themselves. The handwritten book title and author name tie the purposely sloppy and authentic look perfectly. In order to create a good book cover design that’s connected to this story, a graphic designer has to be very resourceful and wise. Lolita is one of the most controversial books in history, telling the story of a pedophile obsessed with Dolores, his step-daughter. The fact that this designer successfully added a touch of playfulness and a notion of female beauty without eroticizing a child is an almost impossible feat. Collages for a striking and unique cover look

A collage is created by combining different pieces of art: photos, paper cutouts or fabric, to create a compact and unique image. It surely is a unique method for a book cover, but it’s a great source of design inspiration.

6. The Flowers of Evil by Charles Baudelaire (Spanish edition)

This book is often described as the tipping point of modern poetry and the best work of the famous French poet. It’s poetry that fights against civil society and the petit-bourgeois; hiding the abstract, romantic, and free-spirited from the eyes of everyday life. The little bird on a branch made from eyes that stare at it was a great call by the book cover designer. 7. The Wonderful Wizard of Oz by L. Frank Baum

This design is the winning book cover art for The Wonderful Wizard of Oz Re-Covered Books contest. It may not be applied as a real book cover design, but the idea of combining the four most important characters with a photo collage is a cool and effective one. 8. Life Support: 100 Poems to Reach for on Dark Nights edited by Julia Copus

I remember stumbling upon this poetry book on Amazon and thinking at first that it’s a Henri Matisse biography. This digital collage is oddly resemblant of the French artist’s works, and the striking and pleasing color scheme definitely catches the attention. Creative use of typography

Another way to ensure your own cover is effective and appealing is to include creative typography. Here are some interesting covers that turned a basic design element into the centerpiece.

This cover for a play has a creative and witty solution: the letters are formed as constellations, which is also the name of the book. It’s an authentic approach and it works very well. 10. To Kill a Mockingbird by Harper Lee

This is another redesign of a classic, by the artist Sebastian Andreas. The book tells a story of systemic racism and injustice in 1930s Alabama, seen through the children’s perspective. This Pulitzer Prize winner is unfortunately still relevant, and the design of a black person’s fist in the air, shackled and fighting for justice makes a suitable book cover. 11. How to Behave in a Crowd by Camille Bordas

This funny young adult novel has a cover that’s a play on the title, that’s written out by connecting the dots. All of them together (or the crowd) pains a complete picture. It is a fun and quirky book design that definitely resonates with the target audience.

12. Thick: And Other Essays by Tressie McMillan Cottom

This contemporary masterpiece delving deep into analyzing black misogyny and the lives of modern black women also has a simple but great book cover. The huge width of the letter H portrays the meaning of the word “thick” in a simple and effective way. Illustrations on a cover are the go-to approach for the fantasy genre and children’s books. But a good illustration can fit anywhere.

This Penguin edition of the sci-fi staple by Frank Herbert is so beautifully designed, that I wasn’t immune either: it’s adorning my bookshelves too.

The font, the color scheme, the three-dimensionality, and the consistent design throughout all the books in the series make it the definition of illustrated book cover design. A character as imaginative and comically unfortunate as Don Quixote deserves a vivid illustration for a cover. This version sees the noble Knight of La Mancha storming a windmill and ignoring a deep hole in front of him. If that’s not quixotic, what is? 15. Moby Dick, or The Whale by Herman Melville

This beautiful and intricate illustration of Moby Dick sinking Captain Ahab’s boat uses a beautiful palette. The book title is placed into a white space shaped like a boat’s wheel. 16. The Road by Cormac McCarthy

There aren’t many books as harrowing and profoundly sad as this one. The journey of a father and son through a post-apocalyptic America absolutely needs a cold color palette and an illustration that evokes a feeling of emptiness and unforeseen danger, such as this one. Photography is another medium that can be suited well for a memorable book cover. Still, you’ll probably need to photoshop and tweak some details if you’re applying this strategy to your own design.

This anxiety-inducing image perfectly portrays the meaning of motherhood: impossible balancing, pivoting, and taking care of someone that sees you as the main source of care and sustenance. This unlikely combination of elements somehow relays that message perfectly. Get the ManyPixels Design Library 2022

Another literal portrayal of the book title: this photo sees a Middle C key from a piano keyboard as the centerpiece of the cover. Plain, smart and visually stunning. 19. The Uninhabitable Earth by David Wallace-Wells

Albert Einstein once famously said that when the bees die, humanity will only have four more years to live. This book cover shows the devastating effect of humanity and industrialization through the death of a single bee. It is a suitable design that is perfectly disturbing for a book about global warming. 20. The Brief History of the Dead by Kevin Brockmeier

This striking and sorrowful photo shows an empty coat, that presumably belonged to someone who’s now dead. Personal belongings really remain as proof for the history of the dead. 21. The End of Food by Paul Roberts

Finally, a cover of a book that sees a scary future in which the current industry model of food production fails. A photo of an empty packaging where there should probably be a piece of meat serves as the cover for this non-fiction critique on modern society. Best Digital Marketing Agencies to Work With in 2021

Best Digital Marketing Agencies to Work With in 2021