Poster Designs Through the Decades 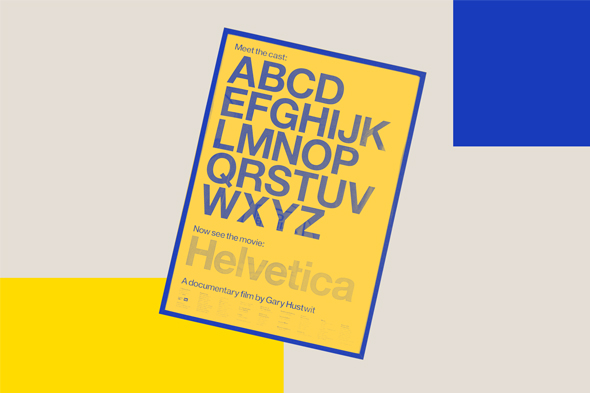 The Evolution of Poster Design

1. The birth of a modern poster
2. The golden eras of poster design
3. Posters between the world wars
4. The rise of propaganda posters
5. The optimistic ‘50s
6. Age of rebellion
7. Post-Modern design of the ‘80s
8. Poster design today
0%

From the mid 19th century on, posters evolved into genuine art pieces while still maintaining their original purpose, to advertise and inform.

For centuries now, posters are part of public space. Their bold and attractive designs have been used by advertisers, political activists, and artists to communicate and disseminate messages among the public. As a temporary promotional channel for mass consumption, posters greatly influenced not only art and graphic design but our history, consumer habits, and culture as well.

Long before the mass distribution of newspapers and magazines, posters were the only source of information for the masses. As a format, they quickly evolved from text and simple graphics into art pieces which are among the most desirable collector items. From Henri de Toulouse-Lautrec to Andy Warhol, many prestigious institutions and brands hired the best artist of the time to design their posters.

Today poster design is a subset of print design. Still, at the beginning of the 20th century, posters were the main reason for the appearance of graphic design as a new artistic form. First courses for graphic design were focused mainly on poster design. And even though they are pushed to our peripheral vision, due to our obsession with smartphones, they continue to thrive. The continuous improvement of design tools and printing technology makes the posters irreplaceable for mass communication in public spaces.

Learn how to get started with our unlimited graphic design service

The birth of a modern poster

Until the end of the 19th century, most had only text with a little color or design. They were mainly used to communicate important messages from the governments and occasionally for advertising purposes. But it wasn’t until 1880 and the invention of the “3 stone lithographic process” that the posters indeed became the powerful channel of mass communication.

The lithographic printing process, perfected by Jules Cheret, allowed designers to use any color imaginable and made the entire printing process fast and cheap allowing mass production. It also allowed the artists to achieve stunning levels of detail and transparency that are hard to surpass even with today’s technology. With these improvements, the posters quickly became a powerful advertising tool. Charet was the inventor of the improved lithographic process and one of the most prolific poster artists of the time. During his 30-year career, he designed over 1000 posters. He was also the first designer who introduced sexuality in advertising. His advertising posters are among the earliest examples of the use of the female image for promotional purposes.

The golden eras of poster design

A number of young French painters created poster art during the end of the 19th and beginning of the 20th century. But it was Henri de Toulouse-Lautrec who elevated poster design to the level of fine art. His first poster for Moulin Rouge in 1891 announced the beginning of the Belle Epoque. Period of piece and technological, scientific, and cultural prosperity in Europe.

Almost every artist in Europe did poster and magazine cover designs for various establishments and businesses during this time. In France, posters were used to promote cabaret, in Spain bullfights, in Germany trade fairs, and in Italy opera and fashion.

Very soon, Art Nouveau style became the leading trend in poster design, thanks to Alphonse Mucha. Influenced by Byzantine art and pre-Raphaelites, this artistic movement wanted to tear down the conventions between fine and applied arts. It first appeared in Brussels, Belgium, and was quickly adopted by the artists in Paris. From there, it quickly spread around Europe, mainly in the cities that had strong artistic communities or independence movements.

With the death of Toulouse-Lautrec and Charet’s retirement, Art Nouveau slowly got out of style. A new generation of artists wanted to push the boundaries further. Leonetto Cappiello, an Italian caricaturist who worked in Paris at the cross of centuries, quickly became famous for his unique style. The images he used on his posters were humorous and bizarre, which drew attention quickly.

At the same time, artists in Germany, Austria, and England pushed for a new style that completely broke away from the curves and colors of Art Nouveau. They used flat colors, shapes, and minimalized naturalism which were all foundations for Modernism.

Posters between the world wars

Soon after World War I, the modern art movement took over the art world. Various artistic styles appeared seemingly overnight. Dadaism, Cubism, Futurism, and Expressionism flourished throughout Europe. However, by the mid-twenties, all these styles consolidated into Art Deco.

The main visual characteristics of this style were simplified and streamlined shapes and typefaces. Everything looked minimal, clean, and straightforward. Even though it rose from the remains of Modernism, this style was not immune to the trends of the time.

There was a true mania for everything ancient Egyptian and Persian during the twenties. All over Europe and the United States, people rushed to archeological exhibitions and auctions. Art Deco managed to incorporate the ancient exotic styles. At the same time, in the Soviet Union, Constructivism was helping build a new technological society. Stenberg brothers, El Lissitsky, and Rodchenko created the future through their poster designs that heavily influenced western designers later on. The Constructivists created bold poster compositions with diagonal lines and a combination of illustration and photography and striking, contrasting colors.

The rise of propaganda posters

Posters were used before for political and propaganda purposes. But it was during the two world wars that the propaganda posters started to gain momentum. Primarily used by the governments and political movements, they were an irreplaceable tool for mass communication and recruitment.

During World War I, these posters were matchless propaganda tools for the governments. They were primarily used to recruit soldiers, boost the nation’s morale, and provoke outrage with the enemies. The United States alone used some 2,500 poster designs and printed some 20 million posters during the last two years of the great war.

Propaganda posters lost most of their influence during the Second World War due to the mass penetration of the radio, print media, and propaganda movies. Over time they got competition in different media formats. However, they are still a vital communication channel even today.

After the long and devastating 1940s, the world entered a new optimistic era. It was an era of rapid technological innovations and a fast-growing middle class. TVs, telephones, and household appliances entered almost every home in the United States. People had more free time for leisure activities such as travel and pop culture. On the opposite, the International Typographic Style or Mid-Century Modern was more structured, clear, minimal with almost architectonic features. It mainly used photography combined with typographic elements.

Towards the end of the '60s and during the '70s, poster designs reflected the revolutionary ideas of the younger generations. The designs became more relaxed with less strict designing rules. Artists borrowed from Pop Art, Expressionism, and Surrealism, bringing the design world one step closer to Post-Modernism.

The alienation of an entire generation and excess experimentation with drugs also brought Psychedelic poster designs. Combination of floral elements from Art Nouveau and strong color palettes and gradients. The counterculture messages and designs were primarily popular among the musicians and some Hollywood directors.

During this time, the International Typographic Style led among the advertising agencies and brands and still followed the same strict design conventions. However, by the early ‘80s, a new style came into designers’ favor and marked the end of an era.

Get our Flyer & Brochure Inspiration Guide

Post-Modern design of the ‘80s

Memphis design movement marked the beginning of the ‘80s Post—Modern design era. It was started by a group of Italian designers, photographers, and architects inspired by the radical design movement from the 60s. The group’s focus was to break with Modernism and its very restrictive rules, making many designers feel “trapped.”

Breaking away from the rules and restrictions particular design styles implied marked the beginning of a new era in graphic design. Artists were finally able to explore the depths of their creativity without the need to follow any norms or guides. During the 1980s, a number of new design styles appeared, making this one of the most prolific and influential decades for graphic design.

Memphis-Milano style was characteristic for its combination of geometric shapes and lines and primary colors. Neon noir and its combination of scripted fonts written in electrifying colors placed over dark backgrounds or tropical style and its neon pastel color palette. ‘80s deco style inspired heavily by art deco and enriched with color palettes from the time. Posters are pushed to the margins of both our peripheral and marketing budgets. Movie posters are following the same patterns for over two decades now without any desire to experiment or make something original. There are fewer and fewer designs that are specifically created for a poster. Event posters are still an important part of promotional strategies for big concerts or sports events. Still, even there, the designs are reduced to pure advertising.

However, this does not mean that the days of the posters are numbered. In fact, the history of graphic design shows that every format and design style always has its comebacks. Like everything else in life, it’s cyclical. Posters might seem irrelevant and outdated in our world obsessed with screens. Still, since more and more people are opting out for digital detox, it seems that the time of the analog formats is coming back.

Diplomat by education, marketer by profession. Currently living between Berlin and Skopje, still deciding where to settle permanently. Ghostwriter that is slowly crossing back into the land of the living writers. Always reading two books at the same time and follows at least 15 TV series. Used to dream about changing the world, now just patiently waits for the next Marvel movie.

Useful and Creative Infographic Ideas to Inspire Your Design

ManyPixels Scope of Service: What We Can Design For You

Useful and Creative Infographic Ideas to Inspire Your Design

ManyPixels Scope of Service: What We Can Design For You