The 20 Most Popular Graphic Design Fonts 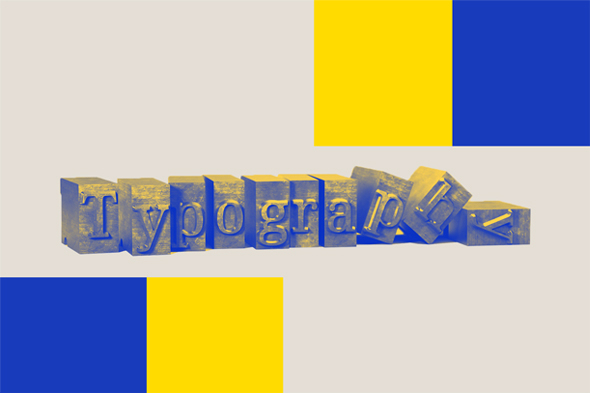 The 20 Most Popular Fonts in Graphic Design

From the traditional and classy serif, to techy and clean sans serif fonts, here’s what kind of typography is most used in graphic design.

Whether it’s fonts for logos, advertisement design, books, or even web design and digital ads as of late, some popular fonts always make the final picks. You’d think the reason for that is that they are free or cheap, but the truth is that they are so well-designed, that they tick all the boxes: legibility, versatility, style, class, flexibility for other alphabets, and glyphs. Here are the best of the best fonts.

Serif typography has an extra decorative stroke at the endings of lines in the lettering and the so-called feet of letters. They tend to be perceived as more traditional and classic since they are the first kind of typography that dates back to the 18th century when old-style typography started being used in print. Companies who use them try to exude a sense of refinement, tradition and respectability as the core characteristics of their brands.

The Didot font family is an old and unique one. Designer Firmin Didot started working on it in 1784, for the needs of their print shop, which was the official printshop for the King’s documents. With the help of his brother Pierre, they designed and cut the letters for this linotype font, and it was on the cover of Voltaire’s La Henriade. Since then, it has been reworked and redesigned multiple times, one of which from famous type designer Adrian Frutiger.

Even though it dates from the 18th century, it’s still a prominent typeface, now digitized and available for classy logo designs. Although mainly created as print typography, Didot found its place on a vast number of logos throughout the years. Some of them are CBS’ eye (redesigned since), and the Harper’s Bazaar logotype. The creator of this font, which carries his name, Gianbattista Bodoni, was in his days called “The King of Printers”. He had created plenty of typefaces, but none of them was as successful and long-lived as Bodoni. This font is characterized by unbracketed serifs and even geometric styling and is known as one of the first Didone fonts. Didone fonts have a high contrast between the wide and the narrow lines. The modern version of Bodoni was created by Morris Fuller Benton for American Typefounders between 1907 and 1911. It is most famously used in the Vogue logo.

This classy serif typeface was designed by John Baskerville in Birmingham, England, in the 1750s. It is classified as a transitional typeface, intended as a refinement of what is now called old-style typefaces of the period. Baskerville is also a Didone font, the first of its kind in the UK, where at the time a different style of typography was more prominent. Baskerville based it on the calligraphy styles he studied abroad. His contemporaries found the typeface to be too intricate and illegible, but later it became one of the most widely used fonts. The most popular wordmark using Baskerville is the official Canadian Government logo. Nowadays, it’s mostly used as a display font and is reworked for the Adobe Fonts type foundry.

With its first typeface designed in the 16th century, Garamond is a font family that steadily grew ever since. Originally created by type design and engraving master Claude Garamond, it found its widest use in the 20th century, in redesigns like Apple Garamond and Monotype Garamond, widely used in Microsoft products. If you are my generation or closer, you might despise Times New Roman for being the required font on every essay (12 pixels, 1.5 inline denting!). But that cannot take away the fact that this font is perfectly legible and fitting for body text so much, that it’s one of the most widely used typefaces around the world. As a native Slavic language speaker, back in the day for me it was the only font that supports Cyrillic lettering.

The original Times font was designed for use for the Times Magazine by Stanley Morison and the Monotype Corporation, and its latest look has been adopted in 1972. Then, Microsoft Word acquainted it with the rest of the world. It’s safe to say that what Didone fonts were for the 18th, this font is for the 20th century. It is an Opentype font (OTF), which means that it’s free to use and open for redesigning.

New York is one of the original typefaces, now made one of the free fonts by Apple, that were created for the 1982 McIntosh release by designer Susan Kare. This free version of the New York typeface is a revamped look of the original serif font but it still keeps its original retro and nostalgic feel. This slab serif font is designed by one of the most famous graphic designers of all time, especially when it comes to type design, Herb Lubalin. A slab serif font has big “shoes” at the ends of letters. This precise font’s underlying forms are those of Lubalin’s previously released ITC Avant Garde Gothic, but its shapes were modified to accommodate large slab serifs. This unique stencil font published by Latinotype merges retro with vibrant and urban, into a rather unique serif font look. It is one of the newest entries on this list, gaining its popularity very recently. This stylish typeface was published as an Adobe original webfont in 1990. It was designed by Robert Slimbach, who was inspired by the late Renaissance-era type and intended for body text and extended reading. It was mostly designed with body text in mind due to its classic style, but it is slightly condensed and with large apertures to increase readability.

This font was originally designed for the Microsoft Corporation by Matthew Carter in 1983, and since made available on Google Fonts. It is inspired by Scotch Roman fonts from the 19th century. Its name was originally Miller, but has been jokingly changed into Georgia to refer to a tabloid saying “Alien heads found in Georgia.”

Sans serif, as that “sans” says, don’t have the extra swooshes and ornamental endings that serif fonts do. The sans serif font style is showing that your brand is approachable and modern, but still trustworthy and serious. Sans serif fonts are typically clean and perfectly legible because of the lack of extra ligatures and ornaments, which also allows for more generous spacing between letters, and more similarity between uppercase and lowercase symbols.

Helvetica, it’s safe to presume, is the most popular and widely used font in the world. It possesses clean shapes, crisp look and legibility, and it is a big font family containing 22 different fonts, expanding to more than just different weights, bold and italics. It was designed in 1957 by Swiss designer Max Miedinger for the Haas Type Foundry in Switzerland. Its original name was Neue Haas Grotesk, but in 1960 its name was changed to Helvetica, an adaptation of Helvetia, which is the Latin name for Switzerland. You can rest assured that you have seen Helvetica in use, since it’s the font logo choice for companies like Fendi, Nestle, Panasonic and Jeep.

Futura is a typeface inspired by the Bauhaus movement of the last century, based on stark geometric shapes, especially the circle. It has a vast collection of symbols and supports different languages. It’s available in Cyrillic, which made it a famous font in Slavic speaking countries in the 1990s. Franklin Gothic and other grotesque fonts are most known for their use in industrial design. It’s one of the most used and popular fonts published by the American Type Founders in the 20th century. It is a simple, sleek and versatile font, which is why it was also widely used in newspapers and magazines as headline typeface, and in advertisement design as well.

Avenir is a typeface that in a way marries the past and the future. Merging different styles was the inspiration behind this typeface by Adrian Frutiger, who wanted to reinterpret the geometric sans serif fonts from the early 20th century but infuse 21st-century aesthetics.

This wonderfully simple, yet rich font is used for branding purposes by LG Electronics, Japan Airlines, the City of Amsterdam, and Scottish water, just to name a few.

Montserrat’s backstory is deeply rooted in construction and architecture. It was inspired by the Buenos Aires neighborhood of the same name, its buildings and posters that adorned the city in the 20th century. It was created as a way to save the beauty of urban typography from the area.

The font has two sister families so far, Alternates and Subrayada. Many of the letterforms are special in the Alternates family, while ‘Subrayada’ means ‘Underlined’ in Spanish and celebrates a special style of underline that is integrated into the letterforms found in the Montserrat neighborhood. Carrying the name of its creator, Andrian Frutiger, this geometric sans-serif typeface is humanist, incredibly versatile and “the greatest preference for legibility in quite considerably any situation”, according to designer Steve Matteson. News Gothic is similar to Franklin Gothic, however, it is a different creation by the ATF designer Morris Fuller Benton. During a big portion of the 20th century, News Gothic was mostly used in newspapers and magazines and on Intertype machines for hot metal typesetting.

Gotham is a widely used geometric sans-serif electronic typeface, created by designer Tobias Frere-Jones in 2000. Its letterforms were inspired by the architecture and signage of the mid-twentieth century typical for New York City. It has been made popular by the 2008 Obama presidential campaign, as well as the logos of Discovery and Taco Bell.

Get our Flyer & Brochure Inspiration Guide

Gilroy is a font best known as a webfont, often seen in headers and displays. It is a modern sans serif typeface, with a geometric touch. Its creator, Radomir Tinkov, says it’s designed with powerful OpenType features in mind, as each weight includes extended language support (+ Cyrillic), fractions, tabular figures, arrows, ligatures and more. Gilroy is perfectly suitable for web, signage, corporate as well as for editorial design. If you like sharp, brave and futuristic looks, Univers is a font to consider. It is a neo-grotesque typeface designed by Adrian Frutiger and Aleksei Chekulaev, used in industrial design, signage and publishing design. Most famously, it’s used by eBay for its logo. What Is Product Design?

What is Brand Awareness?

What Is Product Design?